No matter what kind of cutter, after a certain period of use, it will be somewhat different from the prototype, which is not as smooth and sharp as it was when I bought it. In order to keep the cutter in its original shape, some grinding operations must be done, which can obviously remove the residue on it, make the blade tip sharper and effectively improve the speed of operation. Different methods should be chosen according to different types of cutter.

Hollow Grind: a groove is excavated on both sides of the cutter surface of the shaping cutter and other cutting tools. Because it is easy to process and design, many factories in the market use this grinding method. The advantage is that this grinding will result in a very thin blade, and the thinner the blade the better. Its drawback is “thinner blade is more fragile”.

There are three drawbacks: inaccurate cutting: when you cut apples with chisel grinding and other bilateral grinding knives, you will find that the two-sided grinding knife can cut the apple in two, and the chisel grinding knife will go out with the grinding angle. 2. Unable to puncture too deep: chisel grinding on the tip of the knife caused too much inclination, making it puncture on the formation of many obstacles. 3. Grinding surface error: right-handed knife grinding mode is (from the knife back down) the left side of the knife surface is flat, the right side is grinding; left-handed knife just the opposite. However, due to the differences in the traditional display of knife face and the usage of knife, most of the chisels made by Western knife factories are left-handed knives. When the blade is cut outward, the cutting angle of the knife must be increased to be used smoothly.

Flat Grind/V Grind: a grinding method for both sharpness and solidity. The back of the cutter, such as the shaping knife, has been ground to the blade from the beginning, so it has a fairly solid back and blade. 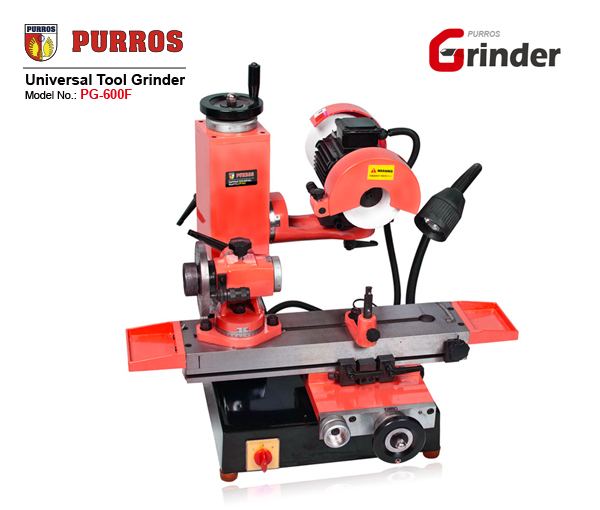 Most cutting tools can be sharpened with PURROS Universal Tool Grinder. Welcome to consult related products.