Whether or not you have a good set of standard is the standard to measure whether a center is professional. Standard of grinding, the general rules for different Cutting tool in Cutting different materials when the Cutting edge of technology parameters, including the blade Angle, Cutting Lip Angle, rake Angle, Lip Clearance Angle, blade, chamfering etc parameters (in the carbide drill, make the blade passivation process is called “blade”, pour the width of the blade and the Cutting material, generally between 0.03-0.25 Mm. The process of chamfering on the edge (tip) is called chamfering. Each professional company has its own years of review and repair standards. 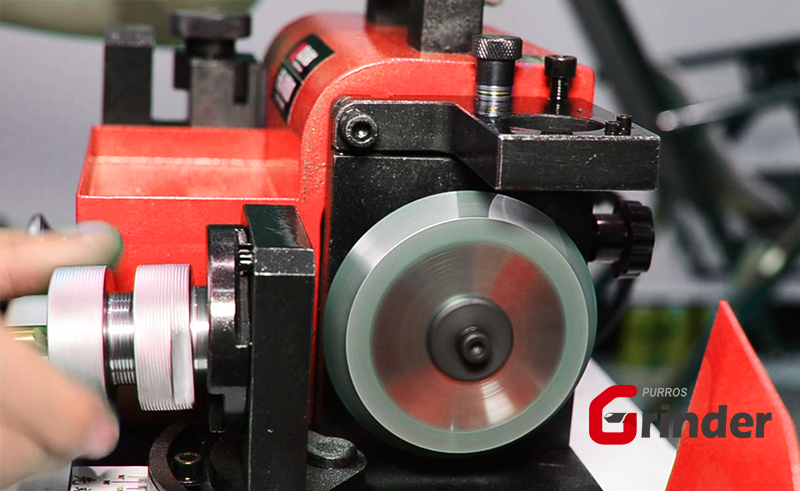 The use and safety management of drill bit grinder grinding wheel

HSS drill bit: Cutting Lip Angle is usually 118 degrees, sometimes greater than 130 degrees; The blade is sharp; The precision (edge elevation, symmetry, circumferential pulse) is relatively low. There are many ways to mend a chisel edge.

HM drill bit: Cutting Lip Angle generally 140 degrees; Straight slot drills are usually 130 degrees and three-edge drills are generally 150 degrees. The blade and tip (edge) are not sharp and are often passivated, or referred to as chamfering and chamfering; High demand for accuracy. The chisel edge is often cut into an s-shape for cutting.

The drill bit grinder developed by PURROS is very popular in the market, and we can accept OEM custom service at the same time! 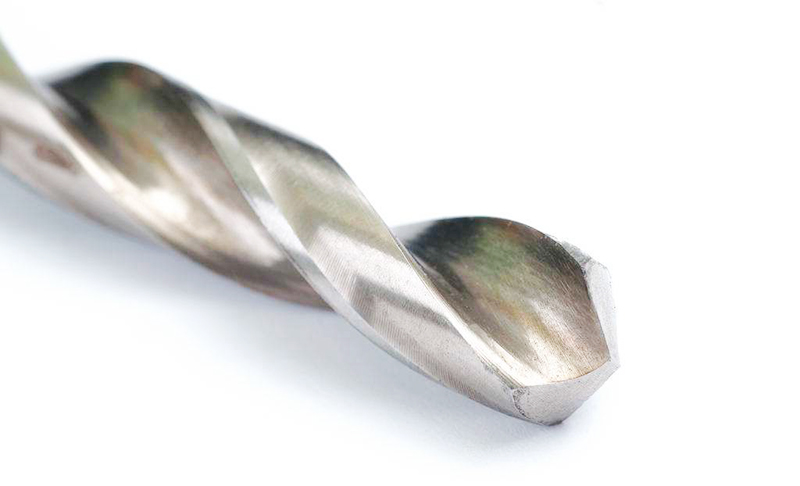 How to grind the drill to be sharp and durable?

If you choose a drill bit grinder to repair and grind your bit, it will save you a lot of trouble. Fool operation, simple, a few minutes to complete the bit grinding work. 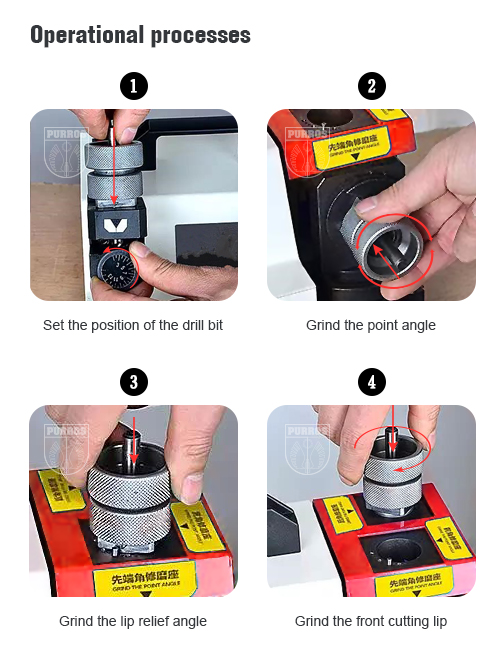 How to use drill bit grinder?

Start switch, after the motor turns steadily, place the fixture group of the chuck on the right side of the grinding table. Make the notch of the fixing seat is aligned to the stepped surface.

Push it to the end until after grinding sound has stopped, then take it out and turn 180 ° .  Grind the other side in the same way until silent.

Do not hold the drill handle while grinding, the force will affect the center of the drill uneven.

When grinding the dead center, chuck fixed group in the dead center grinding, gently pushed to the bottom of the grinding wheel, in the end, after spinning around by the end of silent, then take it out and turn 180 ° . Grind the other side in the same way until silent.

Grinding major cutting lip, chuck fixed with a group in the chisel edge grinding, gently push the bottom wheel, spin to the right to silence, then return to the center, take out and turn 180 °, grinding to the silent on the other side in the same way.

All contact holes in the machine must be cleaned immediately after the drill has been ground for the next use.